End of the Monsoon Season

Byron's first visit to Tucson was by accident. Encouraged by an uncle to "come out to Arizona to go to college", the young man got himself a scholarship to the university and contacted his relative after he arrived. "What are you doing in Tucson?!" was the reaction. "You're supposed to be in Phoenix at ASU!" But Tucson had made its mark on the student - he was in the right place.

This is but one of many stories Byron Achenbaugh shared with a small group of local storm chasers. We had met him and his son on a small dirt road while running after the only show in Southern Arizona that night. He's been traveling to southeast Arizona with his son every year to photograph lightning during the monsoon season. "I've been photographing storms for 67 years," he shares. He and his son, David, spend about a month every summer near Sunsites, AZ, "where the greatest monsoon activity occurs" they claim. In his late 80's, the elder fears this may be his last year. "I'm not sure if I'll make it back next summer." We hope to see the father and son team again next storm season.

As the monsoon season has drawn to a close, we remember the camaraderie of old friends, chance meetings in the middle of nowhere, sharing a passion for photography and dramatic weather, and in the end just sitting around telling stories of conquests and the ones that got away. 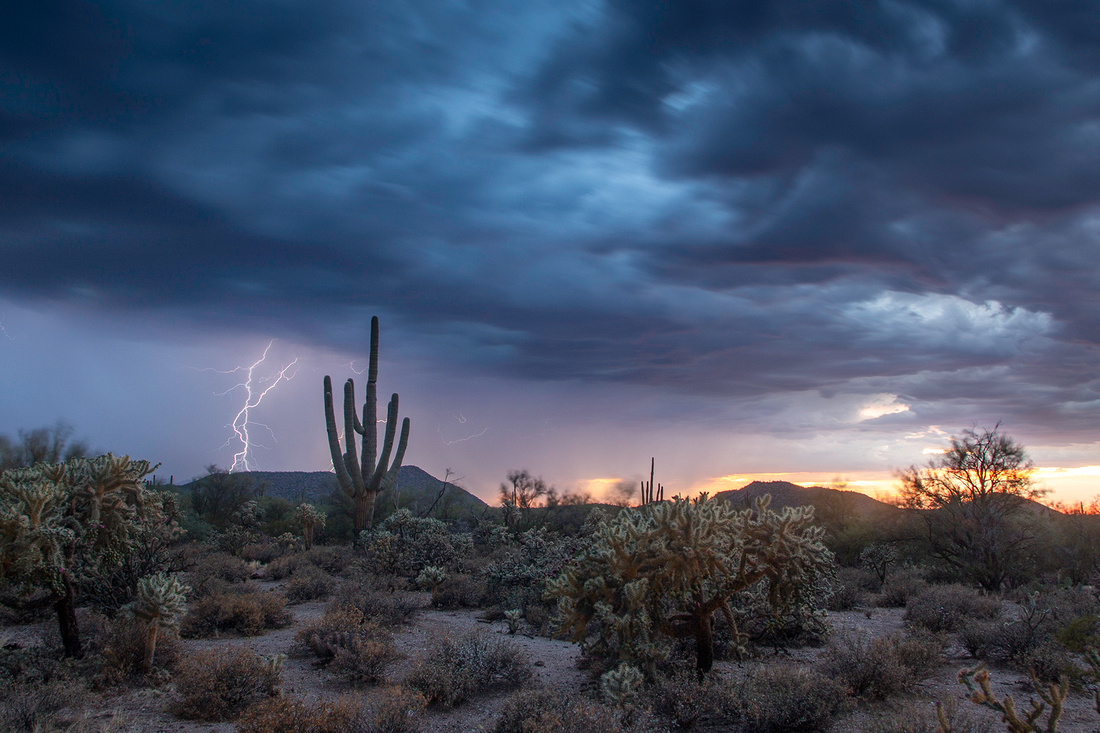